I haven’t written a blog post in a while because I didn’t really know what to say. Things are moving along on their slow way to finishing, and a lot is happening, but they are kind of up in the air at the moment.

This last couple of weeks I’ve realized that the best option for my health is to either work at a small location with few people at it, or work from home, so I’ve been looking into working from home more and more. I’ve found a lot of options, and resources, and I’m trying to find what will work best for me. I am going to be taking a multi stream income approach for the best results.

First, my books of course. I have three scheduled for the editor, one currently at the editor, and two more I am working to complete. The release will be Costume Shop by end of this month, Steel Soul in October, and Steel Heart in November. I’m hoping to have Steel Line (book three of the Steel Series, my litRPG) or Dragon’s Heart (book two of my Half Blood Sorceress series) out in December and January. That’s five books in five months! Sign up for the newsletter here to hear when they come out.

On the art front I’ve uploaded more images to redbubble for stickers, t-shirts, and the like. I’ve also got some ideas for Halloween and Christmas themed fabric for spoonflower. I’ll be doing those soon. I’m also working on drawing something every day, even if it’s just working on a larger project, and I’ve been showing the work over on Instagram. I’m considering doing some sort of comic or story line for the art, I’ll have to see if I can come up with a good story for it that can fit into a series of little strips. Right now I’m focusing on finishing a coloring book, and getting that up on amazon/etc.

And of course I have my etsy where there are pins, key chains, and other physical things I’ve made. That includes the little enamel pins you see here.

Then the last arm of my working plan….freelancing. This is the tougher one since I have no idea what I’m doing. I’ve been doing some research and finding various places where I can submit to write for blogs and magazines, and it’s been an interesting learning experience. Most of them require you to do a lot of prep and fill in the questions before you can even do actual work. And learning about it is difficult too because there isn’t a guide or anything, you basically have to piece information together from other sources until you figure it out. I guess that’s why only those with perseverance make it in the freelance world. I don’t have a lot of perseverance, but I do have self preservation, and if I want to stop working in an office where I keep having asthma attacks because people wear perfume…. here’s an option. I just have to make it work.

There is one more thing, and that’s recording. I have a twitch, and two youtube channels (one for art/writing, the other for gaming) that I haven’t been using that much. I stopped using YouTube because they took away my monitization, and I wasn’t doing a lot with it anyway. Twitch I haven’t been able to do as much because I’ve been sick. I’d like to get back into making videos, probably once or twice a week. I think trying to do them every day was too much and it just got overwhelming so I stopped. I also want to stream on twitch. I really enjoy playing some of the more story driven games, like The Turing Test, and talking about the different story situations. The Turing Test has been really interesting because it deals with AI, and what separates people from machines, and when a computer becomes creative. It really made me think about Googles Deep Dream simulation, and where tech is going.

I’d also like to stream some of the artwork I’m doing, maybe some of the larger projects. I’ve done a few streams like that, but the goal is two a week. One game, one art/writing. Scheduling doesn’t quite work yet, but I’m trying to figure that out. Every time I set a schedule something comes up on those days.

The other thing I’d like to do is start tracking this progress, showing what I’m doing and where I’m succeeding and failing. I think I’ll call it “Road To Independence” and put up a video every week with my trials and tribulations, as well as my successes, so expect that. It might mean fewer games, and more working on writing/art/marketing…but if that means eventual independence I’m all for that.

It’s been almost a week and I’m still doing my morning pages.

Yesterday I worked on cleaning up a bunch of art work so I could use it for things like buttons, stickers, and charms. I know, it’s not that interesting, but I use to sell them on Etsy, and they are fun to make.

If I ever can support myself as just an author it’s going to take time. I just don’t write quickly, and I am terrible at marketing, so it’s going to take persistence and finishing more work for me to actually get to the point where I am making enough from books to not have a second job. 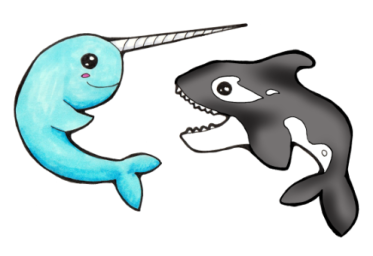 That’s where the art work comes in. The little pictures are cute. There are all sorts of things from superheroes to girls on the beach, and little penguins. And I use to actually sell these things, so maybe I could make a little money from them now.

Will I make a lot? Probably not. But I enjoy them. I really love the button maker, and stickers and charms are just fun. So there you are.

The other thing I did yesterday was clean u a bunch of paperwork and other items to clean out the house. Decluttering has become important, so I’ll be picking something in the house to clean every day. A bookshelf, a cabinet, a set of drawers. Anything that I can get out of the house to make it cleaner.

And the five minute mark hit just in time because I ran out of things to talk about.