I, like most young writers, did the natural thing when I joined social media: I followed authors of books I loved. Some were great, like Patrick Rothfuss and Neil Gaiman that speak about respecting others, making great art, and sometimes the struggles of life. They do what they can to help those in need and encourage others to do so. They share their love of books, words, artwork, and comics. And it’s a wonderful corner of the social medias. Even when I disagree with them sometimes (because it’s very hard to find someone you agree with 100% of the time) I never feel like they are talking down to me, or feel that I am less of a person because I disagree with them.

Then there are other authors I had to stop following. One I wrote about before, others said some really awful things that made me hate going to twitter, and after a while I just had to stop following them in order to have any semblance of a happy life. I wanted to talk about things that concerned me in the world, even take action when appropriate. I didn’t want to feel like the sky was falling every time I opened my phone. I couldn’t live like that, so I stopped following them.

Today I saw one of those authors have a small rant on twitter and blame everyone except for himself for his failure. You see, he was fired from his job. He even admits they said they fired him for his vulgarity and confrontational behavior on twitter. He said it was something different: it’s the right wingers! They did it! They caused him to get fired by constantly harassing him because of LGBTQ characters in his stories.

No! Surely it isn’t that bad, it can’t be possible. So I read the first two chapters and…it’s worse!

I have no doubt that someone loves this type of writing. I have read parts of other books that try to break from the mold and make something different. Tree of Codes was made by cutting away words from another book to make a new story. The Lovers Dictionary is poetry made entirely from dictionary entries. There are many books out there, especially in literary circles, that have unusual, or intricate stylistic qualities to them.

You won’t find them in the latest Sookie Stackhouse, or Magic the Gathering franchise novel. You won’t find these unusual turn of phrases inside a Nora Roberts novel. What you’ll find inside each of their stories is consistency across the brand, from how characters are described, to common phrases and sentence construction.

To take a beloved franchise of hundreds of books and then turn it into a literary exposition….well I can’t say that I’m surprised that it wasn’t received well. The author blamed a lot of the bad reviews on the poor reception of the last movie, and how “toxic” the fans were. I wrote my own review of the latest movie in this franchise and this particular author would have called my review toxic, too. It doesn’t matter that I had legitimate things I didn’t like about it. I dared to speak against it so I’m part of the problem.

And that’s where I guess my opinions sour on certain authors, artists, or people in general. Just because someone criticizes your work that doesn’t mean they are criticizing you. Just because they didn’t like your work it doesn’t necessarily mean it was bad, in some cases (like this one) it probably was just presented to the wrong audience. Someone would have liked it, but not the fans of this particular franchise.

Right now I do want to make a point. I am criticizing the author, himself, directly. Blaming others for the fact that you got on twitter after poor sales and bad reviews and lambasted everyone who hated your work as trolls, and vulgar names, is down right terrible behavior. “Poor sportsmanship” would be a nice way of putting it. I have no doubt that there were some awful horrible people out there that said some nasty things to him. I’ve had those people in my chat, or stream, as well. I used the block button, or more often the mute button, and I stopped seeing their nasty comments. Then I went about having a happy life, which is the best revenge to any negative people out there. And sometimes I’ll even laugh and make a joke back and get them talking to me as a person instead of being an asshole.

I do know that sometimes it gets out of hand and people can do things offline instead of just through a keyboard. In those situations it’s important to keep your family safe. But in the vast majority of online interactions the easiest way to de-escalate a situation is just not to engage with the idiots online. Because they’re just that, idiots. If you stoop to their level then what does that make you?

And lets be clear, it wasn’t the LGBTQ angle. There are plenty of LGBTQ characters in many franchise books that are doing well. Here, choose a book from thousands of books that have LGBTQ lead characters in any genre out there. Most of them have really good reviews unless they have bad writing, or bad story. That’s how reviews work. Even when there are trolls making bad reviews it won’t be a large percentage of them.

Anyway, that’s my rant. And this is why new authors are told not to read their reviews. Don’t do it if you can’t handle the negative ones. And if someone says “your writing is bad” either listen, or put your writing to use where it will be appreciated. You don’t kill the characters in romance, and you don’t write literary fiction in a scifi space opera story. It never works out.

A couple of years ago I went to a con and one of my favorite authors was there. She writes a very good urban fantasy series that it’s quite popular. She also has an okay following on social media, so I had been reading her tweets and following her journey as an author.

I was so excited to meet her. I figured she was geeky and loved similar books so she would be awesome in person too, right?

I went to one of her panels and there were several authors there, each good writers in their own right. It was a great panel, with a good discussion. I listened intently and followed a couple of the other authors, even added a book or two to my wish list.

Then came the Q&A and I asked one question that I hoped someone would have a good answer for : if you want to do cons, get tables, or be on panels, how do you cope with anxiety?

I’ve had anxiety issues for a while. Crowds terrify me, and it’s even worse if I am the center of attention, like being a panelist at the front of a room would be, so it was a valid question.

The answer I got? “You don’t. If you have that problem you’re never going to make it.”

And if course the person saying it was the author that I really liked.

The room got a little quiet for a brief moment, then another author on the panel said he actually had the same issue and gave me tips on how to deal with my anxiety at a con. They were great tips and I used them the next year…. When I was on five panels!

Screw people that tell you that you can’t do things because of your short comings. If a man can climb mount Everest with no feet, or a man completely paralyzed can write a book with just eye blinks, then you can do whatever it is you want to do. 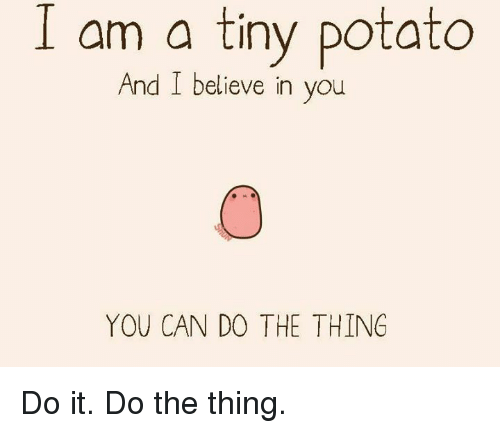 Really, you might meet your celebrities one day, the men or women that made it before you, but they are not infallible. They might do something or say something rude. They might burp, or hide away from the public. None of that really matters. What matters is making your life your own. Following your dreams. Working hard and not letting stuff get in your way.

I am going to admit that I love the Cloverfield series right here. I like how they blend different genres and styles. The first one had a found footage feel with a Godzilla origin. The second had a thriller/horror vibe with an alien invasion, and the third has a science fiction action adventure and lost in space feel. And yet all work together in the same universe. As a story creator myself, I LOVE THIS!

Now, I admit there are a lot of plot holes, and some big science aspects that really miss the mark, especially in the third one. Still, I enjoyed the actual story. I liked what they did with the main character. I like the mystery of what’s happening. And I think it fits in this…universe…?

What you should expect is a survival adventure on a space station slowly falling apart. And it does an okay job of being that, as well as expanding upon the universe of Cloverfield a bit. There are some good special effects, some interesting character moments, and as a survival space movie it is good.

If you’re trying to bridge the gap between Cloverfield and 10 Cloverfield Lane then you might get annoyed. Don’t watch it for that.

Now, for the spoilery stuff. You’ve been warned:

END_OF_DOCUMENT_TOKEN_TO_BE_REPLACED 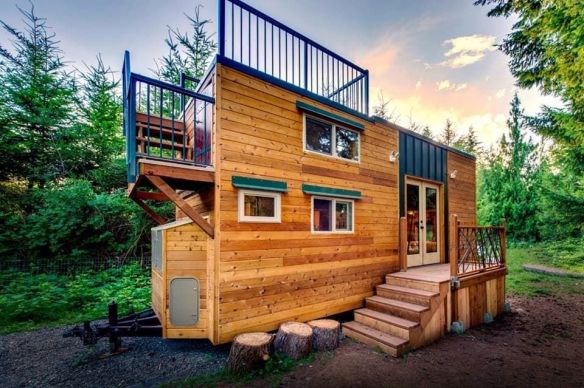 ​The first time I thought about living in a tiny home I was 14 years old. I was probably hiding in the shed out back from my sisters, and I looked around at the huge space and thought….I could live in here. Then I wouldn’t have to share a room with my sisters.

Over the years I never quite lost the idea of having my own place, my own room, and my own building that I owned and no one could tell me no to. But, alas, I have always rented. Always had to stick with the ugly beige carpets that stained within a week of cleaning. Always had to deal with stark white walls, and be okay with the white kitchen that got gross and stained more and more each year.

But it was cheaper to rent than buy, right? Well, yes and no. I was always okay with buying a place, paying morgage, ripping out carpets and putting in the work to clean it myself. I wasn’t able to, though. Houses are expensive, especially in our area. So I’ve often dreamed of taking a shed out to a piece of land somewhere, and just making it into my home. And there are really large sheds now that you could comfortably live in.

But we live in Washington, and tiny houses aren’t exactly legal here. They say it’s because of fire hazards, but we know it’s mostly because of real estate interests. But what can you do?

So now that Tiny houses are more common, and people are actually making them work all over the place, I’ve been looking into it again. I’d like to build one, but I want it to be comfortable for me, and Gregg. And that’s the trial here. We have very different ideas of what will work.

And that’s my five.