In February I quit my job, packed up my home, and moved to Texas. It’s now May…. so how am I doing? Here are each of my goals and what happened with them.

I am definitely writing more. Both March and April I wrote 20k words, and I’m on track to doing even more this month. If I keep this up I will be well over a quarter million words in a year, something I haven’t been able to do ever. And because of how I am working things are going well, and I do not see a problem with getting the word count in.
(For those interested in numbers, in 2017 and 2018 I wrote just over 100k. May just started and I’ve already written 66k this year. I’ll pass the last two years of writing by the end of June.)

This one didn’t happen, and while I am upset that it didn’t happen I am also happy with the reason. The novella I had been writing is now a full novel. The first two book Hub Series were around 30k words, and this latest one is 50k making it a full length novel. I’ve also taken the time to make the story better, made the characters a bit more compelling, added some things that I hadn’t tried before. The farther I go in this series the happier I am with it. On that note, I’m sending it to the editor this weekend so expect book three in a week or two.

I have not been keeping up with my drawing. I did a few pieces in March (1, 2, 3, 4), but I never really finished them, and I haven’t added anything to redbubble or spoonflower. I’m a little disappointed in myself since I haven’t been gaming either to take up that time, so where is it going?

I do have a Twitch stream that I have been known to do a few times, but it was rare. The trouble I found was that when I streamed I might have one or two people pop in, and they rarely stayed for more than a few minutes. This lead me to believe I really wasn’t good at holding peoples interest long enough to stream. I don’t know when or if I will go back to it. I might just try it because I enjoy playing some narrative games, and then I could put them up on my youtube channel. I haven’t decided yet.

This is another one I haven’t done since being here.  It’s also another one I’m not sure I want to do. I have two channels, one for Writing and one for Gaming. The gaming channel only allows me to post 15 minute videos so I ended up using my writing channel for gaming, which I shouldn’t have done. Honestly…. I need to do this. It would be good for me because I need to learn to talk in front of a camera again. It’s very difficult for me sometimes so… I’ll have to see what I can do.

So writing is going well, and I’ll have another book to publish soon. Then I should be able to jump in and finish the second Half Blood Sorceress book since I have already written most of it, and that will be book two, hopefully by July. So much to write and so little time. I better get writing!

I haven’t been posting a lot to my blog, but I should be. There are a lot of things going on that I should be updating people on.

One, last night I did a challenge with Bjorn on my twitch stream,then I posted a little video on the results, and showed off the helmet/mask set I made. I might stream a few creative things now and then, or more challenges with Bjorn. His twitch is also growing a lot lately.

I am on the home stretch with the first book in the Half Blood Sorceress series. Just have to reread it, clean up the chapters, and make sure everything makes sense. Then off to an editor.

Every weekend in April I will have two free short stories available on amazon. Just check back Friday through Sunday every weekend for new titles. I’m also hoping to publish something new this month. Keep your eyes out for that. 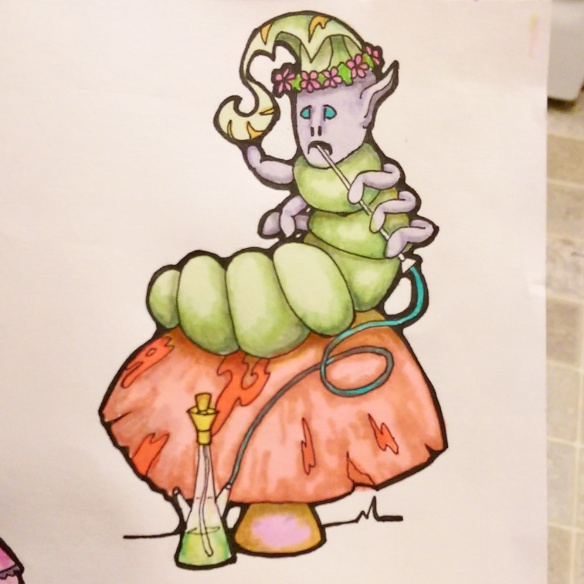 What else? Recovering from the car accident is going well. I have a new car, and you can find out more about that here.

I think that’s about it. More writing. More drawing. More just having fun. 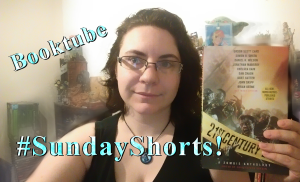 I’ve been making a lot of youtube videos this last week. It’s turning my brain to mush.

I am really enjoying all the videos, and the community around booktube. It gives me something to post to my youtube, and I love learning about new books. But I think I dove into a little fast. I keep thinking I need to write today and my brain keeps saying “but we already did the thinking for today, lets rest.”

Am I going to take a break from the videos? Heck no. I am, however, going to work a little smarter. I will be doing some batch videos (as in recording several of them all at one time) and uploading them to the youtube scheduler. I’m trying to keep it to four short (under 10 min) videos a week. That seems doable, for both me and the those of you who might watch.

I’ve also met some really fantastic book tubers like Books with B, Book Babble, and Call me Tea. Let’s not forget Richard Denney (there should be more men in the Booktube space.)

I also joined a couple goodreads communities, and have been watching videos from people within those communities to see what everyone is up to.

I think Thursday will be a day for catching up on everything. Make some videos, send off some mail, and write write WRITE!

But for all the added stress I’ve given myself Booktube has given me a great gift. The gift of learning to talk to the camera without fear. I’m finally starting to feel comfortable in front of the camera and enjoying all the parts of my youtube channel. I’m even doing a little editing. (Now if I can just find a way to add an overlay to the videos.)

Tomorrow I will be putting up my “Wednesday Top 5” list on banned books that I loved. Look for that.

And have a wonderful week everyone.

It’s been a while, but here are some interesting (and sometimes terrifying) articles I’ve found for you.

John Green was threatened, as was his son, because of casting in the new movie based on his book. Is this the price of fame? I know this is why certain celebrities get walled off compounds and body guards. People are such dicks.

Patrick Rothfuss did and AMA on Reddit, which was interesting.

How libraries in Germany are fighting extinction, and winning.

Loss of life in WW2 visualized. This is a beautifully poignant, and shocking.

Author Earnings report for May 2015.

The new tricks publishers are using to make their book covers stand out.

Why you should keep writing by hand!

And that is this week… or at least part of it.

It’s been a little while since I’ve done one of these, but I just had a few links I wanted to share.

The Reading Rainbow kickstarter. They are getting a match up to $1 million for everything over 4mil, so if you haven’t donated now is your chance.

Fiction Unboxed is done with, and they have finished “Dream Engine”. I’ve been listening to it, and it’s a fantastic story so far. Hopefully it will be available on Amazon soon.

US publishers sold more ebooks then print books last year. (Though they made about the same from those ebooks as they did last year.)

Authors dressing up as their favorite characters from a book.

If we talked to other professions like we talk to artists. (FANTASTIC video by Garrett Robinson. If you haven’t seen it yet, you should!)

Star Trek and Economics (It’s an interesting read, and kind of relevant to our point in history.)(Also, what Reddit had to say was interesting)

On a personal note:

“Mermaid’s Curse” is coming along nicely. I’ve hit the 80k mark and I’m still going on it. I’m expecting that it will be about 82k once I’m finished. Right now I’m working on edits, and the edits are about half way finished. Then off to a real editor who knows what they are doing 😉

If you would like to see some scenes from “Mermaid’s Curse” then check here, here, and here.

A few years back a friend introduced me to “The Guild”. It was an amazingly funny show made by Felicia Day and her friends highlighting some of the ridiculous things about gamers. Being a gamer, of course I loved it.

Now I, like most people, had been watching some awesome videos on youtube before that. People falling off boats into the water. Babies laughing. Hamsters on a piano. You name it, I saw it. But this was the first full fledged show that I’d been introduced to on youtube. It was amazing.

Then there was Dr. Horrible’s Sing Along Blog. To be fair, anything with NPH is awesome, but this was a rather incredible show done during the writers strike. And all available for free on youtube.

This month has been eventful. Lots of people up in arms over the Comcast/TWB merger, and the threat to net neutrality. Lots of interesting developments in science and technology. And an ancient book that was 100 years ahead of its time.

CGP Grey and a simple, easy to understand explanation of Net Neutrality and what it means for you, the user.

Because it’s all over my twitter feed: Watch two authors write a book LIVE in 30 days (and change how the world thinks about storytelling!) #fictionunboxed

Cosmos is free to stream online!

An album of scientific discoveries for the month of April.

The worlds luckiest… or unluckiest man in the world.