I’m out and about in the world again.
Yesterday morning we boarded a plane from Houston to Seattle. It started off with almost being late. Not us, the plane. We were there, in the waiting area, looking at the plane at the entryway waiting for us to board, but apparently it was having some technical issues. First they announced a delay, then they came back and said the plane was being decommissioned for the day and they are looking for a new plane for us. Then finally they said “never mind, the plane is fine, we’ll be using this one, we just had a lot of paperwork to do so load up everyone.”
Ya, that was interesting.
Both Gregg and I were really tired since we hadn’t gotten much sleep the night before, so we dozed in and out on the flight. It was only 4 hours, which is a fantastic length for a flight. Much longer than that and I start getting antsy to just get up and move.
Also on the flight I had my trusty writing laptop. By that I mean my kindle fire and a blue toothed keyboard so that I could write on the go. It’s fantastic in this sort of situation because it doesn’t take up much room, and there isn’t much else I can do on the Fire without internet, and there isn’t any internet at 10,000 feet in the air.
I had been working on The Half Blood Sorceress book 2 for the past two months, but I ran into some plotting issues with timelines, so work on that has been slowed down a bit. For this trip I decided I needed something I could just write and enjoy since I would be gone for a week, and writing all week. And that’s what I did. I choose a random file on my tablet and just got to work.
It’s amazing how much writing you can get done when there is absolutely no pressure. This is a stand alone story, it is pretty straight forward, and it has some fun characters. It’s just fun to write. So even though I was a little tired, and on a cramped plane flying over the middle of the USA. I had no distractions since I couldn’t see out the window. Just writing, and the soft snores of my boyfriend as he tried to get a little rest.
Speaking of my boyfriend, Bjorn. If you follow Guild Wars at all you may have watched the stream where they announced heir new expansion. If you did then you would have seen Bjorn at the end of the stream, all dressed to the 9’s in his Norn cosplay. That is why we came to Seattle, though I tagged along because I missed our family. 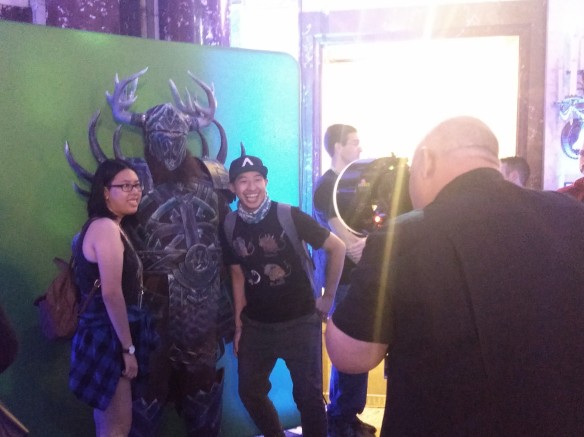 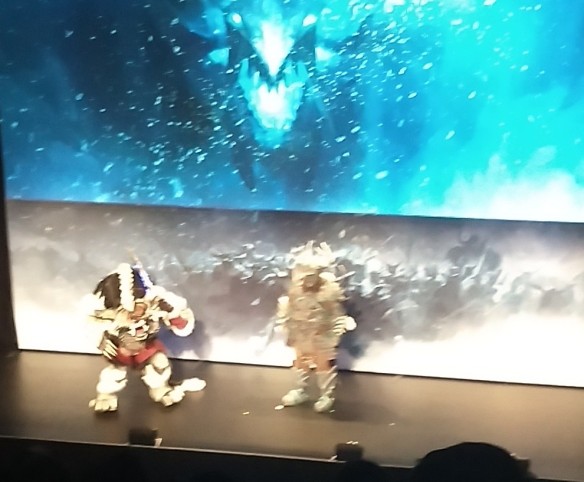 He is almost done with it all, packing up his cosplay as I write this, while I get a little writing in at the hotel. Once we are done with all of that then it is off to spend some time with my kids, his parents, and a lot of friends we left back in Seattle.
I’ve missed Seattle. It’s a lovely town, and the weather is so much nicer (read that cooler) than Texas. Don’t get me wrong, Texas has its perks too, but Seattle is the home of my heart. Mostly because it is overcast most of the time, and I don’t feel like my eyes are bleeding every time I step out of the door.
On that note, I’m going to go enjoy the last hour alone in the hotel room before Bjorn gets back from the cosplay show. Then it’s off to family and friends. I hope your weekend is going just as awesome!

Yesterday I finished writing Costume Shop, which I’ve been working on for a couple years. It’s a Halloween story, so I always worked on it in the fall. I’d write a few paragraphs then Halloween would be over and I’d move on to something else.

This year I had the beautiful art done by my daughter to spur me on. I really wanted to get it done, and out, so that everyone could see it. So I finally finished it.

Which brings us to the next part; editing. And I only have one more day to do that before we get in a car for a week long journey to LA, and twitchcon.

I’ve already done a bunch of editing, so it’s only a matter of going back over it once or twice and cleaning it up, but still…. I have to actually do it.

If I manage it Costume Shop will be available this weekend. It is an RL Stein style chapter book for younger readers. I might even do a few more in this style…. We will see.

For now I am mostly packed for twitchcon. Gregg has a few finishing touches to do tomorrow, and then we start driving. Well I start driving. I’m sure he’ll take the wheel after a much needed nap.