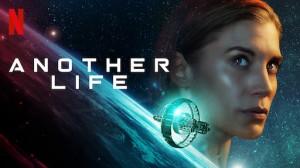 I love scifi. I grew up watching Star Trek, Aliens, and Flight of the Navigator. Some of them have aged better than others, but that feeling of exploring new worlds and new technology never gets old.

So when I saw Another Life on Netflix I was hopeful. Here’s a crew traveling across the universe to talk to aliens, and find out why they sent a probe to earth. A simple plot, but one that leads to a lot of possibilities.

In the first episode the captain of the ship is introduced. Actually, she wasn’t the captain, she hadn’t been on a ship in a while, but she had more experience so they sent her to take over the ship from the man she once trained. This cliche had been used in Star Trek multiple times, so I wasn’t too mad about it. It did set the show up to be cliche driven, but for some good old fashioned scifi I could play along.

Then the captain is waking from soma (a dream tank that lets people sleep for months while on a voyage) and everything is going wrong. That’s where I started…noticing things.

This is a scifi show. It has space ships, aliens, and a holographic AI. It also has a lot of teen drama. There’s a love triangle, drug use, parties, lots of rivalry, and people throwing around their ego’s like they had a fire sale on them or something.

The crew wasn’t really a crew. It was a collection of people that occasionally worked together when out of soma for a few days. Then they climbed back in the tube and went back to sleep. They didn’t interact, didn’t really know each other, and had no protocols. The crew talked back and second guessed the captain continually, to the point where they had shouting matches, and a mutiny in the first episode. Then instead of locking the mutineers in their quarters, or putting them back into soma, the captain just lets them wander the ship, which results in another incident. Even if you accept that this is a brand new crew NONE of them have discipline. What government in their right mind would send an undisciplined group of rag tag humans on a mission to save the planet? Chain of command is there for a reason, and governments aren’t going to give that up in the future because it works too well.

Regardless, by the fourth episode the character shenanigans start to level out and there’s a little more depth to their interactions, but there are a few other things going on as well.

The science was sometimes thrown out the window in favor of some sort of plot. The AI fails to notice a moon but he can read oxygen levels from orbit. Said moon was clearly within the Roche Limit and should have been ripped into pieces. Coms don’t work in one episode and they do in the next even though they didn’t fix anything. Other things I would say are major plot points so I’ll skip them.

Other design elements of the ship just speak of incompetent design. The ship has all of their electronics connected so that one wire being cut causes catastrophe across the entire ship (none of the writers hear of redundant systems?). The soma tubes are made of unbreakable glass and don’t have manual overrides in case of an emergency. Most of the things are small, but they are there.

I did like the performance by Katee Sackhoff (Captain Nico) and Samuel Anderson (the AI). They were my favorite parts of the show, and did well with what they were given. The writers also did a good job of creating a mystery around the artifact, and some tension in some areas. I just feel like the writers took a crash course in scifi, and didn’t actually grow up with it.\

Another Life is a good popcorn series. If you aren’t looking for hard science with lots of accuracy, and you don’t mind plot-holes or stereotypical characters with a little drama thrown in, you’ll enjoy it. But if you try to break down the science, or try to make the plot make sense in some places, you are going to have a bad time.