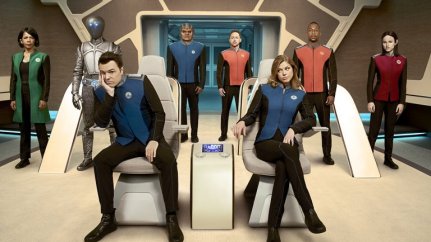 I grew up on Star Trek. I loved watching Kirk battle the monster of the week, especially if the monster was himself. I welcomed The Next Generation when it came out, and LOVED it, even i the first year was a little rough around the edges. I didn’t care, I was able to travel across the galaxy with a sentient android, and various crew members from different races.

I use to watch Voyager every night when I got home from work. I watched many episodes twice. I loved Janeway’s get it done attitude, and Checoti made a wonderful counterpoint to her sometimes blind desire to get the crew home.

I’ve also watched a lot of the fan made series on you tube, some of which are really good!

What I’m saying is….I LOVE STAR TREK! I love the messages, examining each story, seeing allegories in modern life, and the shear fun of monster of the week mayhem some days. Sometimes a bug is just a bug and you have to kill it.

Now there is a new Star Trek, and it’s locked safely behind a paywall, so I haven’t seen it yet. I’ve heard mixed reviews. Some love it, some find it a little too preachy. The fact that the writers specifically said their Klingon’s are modeled off “Trump supporters” gives me some reservations, but I’m willing to give it a shot. After all, the original Star Trek often comments on society, and ways to improve it. Maybe this one will have some good insights as well.

But for now, since I’m not going to pay for a paywall till the full season is out, I am watching The Orville.

I caught a glimpse of the Orville while at work and thought the design, space, and ship looked a bit like Star Trek, though not quite. I also saw that it was advertised as a comedy. Of course I had to try it.

What I found wasn’t quite a sitcom in space, and it wasn’t quite a Star Trek space opera. It was something in the middle, with enough parody to keep it from tripping copyright, and enough space opera goodness to quench my craving for the cheesy experience.

The juxtaposition of cliche modern language in a space ship that is supposed to be from the future is kind of absurd, but it works. The ex husband and wife team cause just enough strife to keep everyone on their toes, but they also work well together because they know each other. The two pilots often say inane things that remind you they are two dudes from this world, and this time line, that got to play a role on their favorite space opera. Their reactions often would have no place outside a college dorm, or a sports party. And yet it works.

The first few episodes have ship to ship and hand to hand battles. There is character growth, unusually characters from other cultures, and even some important discussion of two cultures colliding, and not seeing eye to eye.

And while all of that is what I expect from a space opera style show I can also see that it’s campy, throws in jokes that aren’t always appropriate to the time period, and setting. But that’s the charm. The original Star Trek had bad fx and latex masks, The Orville has cheesy jokes at odd places. It works.

Now, I it isn’t perfect. The writing is still rough, but I think it’s showing some potential. I also like that it doesn’t spoon feed you a moral. On the third episode dealing with a child that was born the wrong gender, and dealing with the sex change of the child, the answer wasn’t handed to you neatly packaged as “this is the truth”, rather it was “this is what’s happening, but we feel uncomfortable about it even if this is how it has to be…for now.” And we, as the audience, are allowed to decide for ourselves why these things happened the way it did, and the ramifications of it all.

I’ll be watching more of The Orville, and I hope they will take us to many places far far away, with interesting characters and species from the edges of the galaxy.