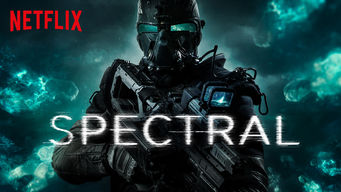 Part war movie, part sci-fi ghost story, Spectral was an amazing cross genre movie. A lot of action, a lot of mystery, and a whole lot of “what the heck just happened?” in a good way.

Set in a somewhat futuristic society where troops are trying to protect yet another city from displaced insurgents, a loan engineer finds himself stuck between a rock and a hard place. Go back home and forget he saw anything, or stay and help figure out what’s killing soldiers and civilians alike. Ghost like apparitions that could be soldiers in invisible camouflage, or….something else.

The main focus of this movie is the battle between the soldiers, and the apparitions, less about the personal interactions. You won’t find a sappy love story, or heart warming coming to know yourself. This is all about the action. And there is a lot of it. 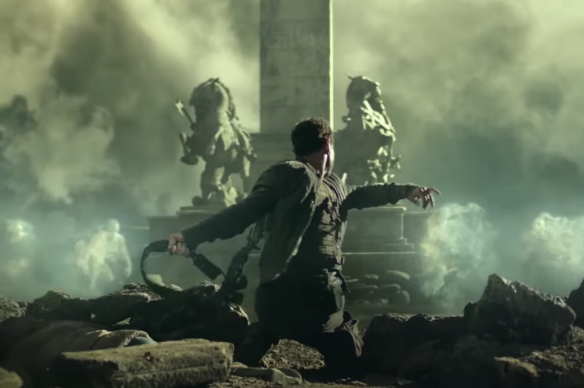 The “ghosts” are grounded in some pseudo science, giving some explanation as to what they are and where they came from. As is the weaponry the soldiers fight with. But the pseudo science is really glossed over, and you can’t take a look at it too closely or you might see just how unrealistic it is. However, some of the visuals they use to get the science across is pretty amazing. Weapons, armor, and techno gizmos are awesome to look at, and a cos-players dream.

Being as this was an action movie, above all else, I had to appreciate some of the military tactics, while scoffing at others. They do make a convincing formation moving into a building. They do not, however, utilize tactics for entering an unknown location. Information is the key, and they didn’t seem to have much before rushing into a building headlong. Plus one of the scientists is so head strong that she takes some stupid risks to prove her point. Bad tactical risks.

I also found it curious how quickly their engineer was able to whip up a bunch of gadgets. The world is about to end and he has time to make enough weaponry to outfit an entire battalion? Hard to suspend your disbelief on that one, but the ending battle was glorious because of it.

For all the pseudo science, I did find the lore of the ghosts to be interesting. I liked how they presented them, and how they stopped them. The visual effects were beautiful, as well. The ghosts had just enough weak points to made the battle scenes more interesting, but were still a formidable foe. It was only the Achilles heel that managed to take them out in the end.

Still, for a military sci-fi movie, it isn’t so overbearingly military that I lost interest, and the paranormal has enough of an interesting angle that it might keep more action junkies happy to the end.