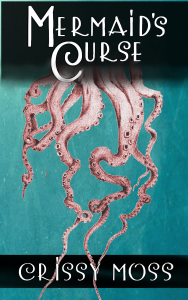 on’t do line edits on my work anymore. I pay someone else to do them. It’s better that way. Mainly because I always miss lots of things. The two words that sound the same but are spelled differently. The occasional word that is spelled right, but isn’t the right word. The wrong hyphenations. All things I have issues with.

I do try to fix them, and even have a little cheat sheet of past corrections that I can go through and search for. I also search for over used words, like “very” and “flooded”. Too much flowery language kills. Not enough bores.

What I do for my text is go back through and reread everything a couple of times and try to pick out sentences that just don’t sound right. Maybe the meaning is fumbled, or the wrong word was chosen. Maybe a sentence was placed in the wrong order.

The longer the project the more work I have to do like this. It’s annoyingly time consuming. With short stories I barely have to do any because the story is all right there and I’ve been reading over it constantly to write it so everything kind of just works. With a novel I’m only ready short bits of it at a time to help me write more in the section I need to complete, so sometimes I end up with inconsistencies, and whole paragraphs and pages out of order.

The chapter I am currently working on for Mermaid’s Curse has been in the works for a while. I started writing it at the end of January, then I got sick in February and wrote nothing, so this week I am finishing it. I’ve almost completed it and now I am going back through it and rearranging, adjusting, taking out, and in general… fixing it.

Now, this one chapter is over 6000 words already. It switches back and forth between Marizza, the main character, and Artiro. There is a lot of fighting, spell casting, curses, and creatures to keep track of. Of course I got some things wrong. I am going through tonight, since I have only two small sections left to write, and finding those words that are just inconsistent with the rest of the chapter. Pulling them out. And throwing them away. Still… the chapter is over 6000 words even after pulling out a few hundred of them because they just didn’t work. And I still have those two sections to write.

This novel … it’s a novel. A full length honest novel with a society, magic system, fully developed characters, mystery and more. And I’m so proud of it. I’m also SO HAPPY that it’s almost done and I will never have to read it again! (At least not until I start putting those finishing touches on book 2 and I need a refresher.)

A note about the cover… That’s a working cover and it will not be the finished one. I like it, but it isn’t quite… enough. Ya know?

Anyway, here is to hoping that next month I will be adding a vlog here where I am holding an honest to spaghetti monster BOOK in my hands.