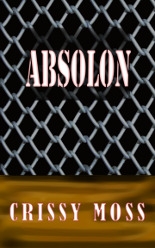 I have been wanting to publish something new for a while, but have been working on “Forgotten Ones” for quiet some time, which won’t be released until it is finished.

But, I had been considering “writing in public” on Wattpad.  I had two ideas, a post-apocalyptic following a group through the ruins of Seattle, and a science-fiction space opera aboard a ship in deep space.

I haven’t ruled out the space opera, but I did the first chapter of “Absolon” and published it over on Wattpad.

I will do a new chapter of “Absolon” every other week, and still keep working on “Forgotten Ones”.

I have three chapters to go on “Forgotten Ones”, then I need to finish the cover, and send it to an editor. Till then, hopefully you’ll enjoy Absolon.