A group of my fellow authors started a little challenge for the new year. The challenge is to be the first to write a million words for the year. Not just on books we might be writing, but also including things like blog posts, notes for world building, articles, or anything else we “write”, because ultimately writing is all about putting words on a page.

I am skeptical that I can do this. Sort of.

I write a lot each day. I write a bit on some stories. I do blog posts. I answer emails, and talk in forums about odd things I find on Reddit. But I can’t bring myself to “count” those words.

I suppose, if I wanted to, I could cut and past all those little snippits of words from conversations about the political climate in Washington, and weather or not the cute little otter running back and forth across the fence is really THAT cute, and shove them into a file marked “BLAH” and count them. But that feels like cheating to me.

Last year I wrote about a quarter of a million words, only including actually work on books and short stories, or blog posts. That also included a few ideas for future stories, but it didn’t count all the blog posts I started and never finished, or those I eventually threw out as a bad idea. It didn’t count several thousand words I threw away as something that would never come to fruitfulness. Maybe those things would be interesting to see.

I wanted to work myself up to 1000 words of story a day anyway, and that would get me close to 400k all alone, so perhaps with all this other writing added in I will get closer to a million. But I refuse to count posts on Reddit, Twitter, Goodreads, and other social media. THAT is where I draw the line. 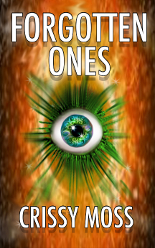 Simon Canton was nice enough to do a review over on his blog for “Forgotten Ones”. It was a fair review, and…

Well, I don’t generally make it a point to answer reviews, or comment on them for various reasons, but I will say that I do have two more books planned for the “Eternal Tapestry” story-line. One will be a revisit of the “Necropolis” short story, and go back to the first time Jadina meets Maylin. The other is a story that comes after “Forgotten Ones”, dealing with another goddess that managed to survive the modern age. Because I agree with Simon that it would be much better as a full novel. So,… I’m working on that.

I find it incredibly interesting that so many people read my stories and their first comment is “I wish this was longer, I wanted to read more.” Which just leads me to think that I really, REALLY need to put out some novels so I can give people what they are asking for.

I’m working on it!

“Mermaids Curse”, my NaNoWriMo project, is now at 48k. It’s about half finished, maybe a little more. It also has a LOT more action then most of my books, and maybe a couple sex scenes just because they seemed to fit at the time. (That is, if I can write them. I’m still not that confident in writing a full fledged sex scene.)

That is my big project at the moment, but in between filling out those chapters I will continue writing short stories simply because I love finishing stories, and I love publishing things so people can read them. Since it takes me such a long time to finish a novel it just makes sense that I’d do a couple short stories a month too.

“Footprints” is finished, but I won’t be putting that out for a little while. Garrett Robinson is working on an anthology, and “Footprints” will, hopefully, be part of that. I am not sure if I want to put it up as a single before or after the anthology is released.

“Zombie Swarm” is the current short story I am working on. It is my first (and probably only) zombie story, and looks like it will be 5-8,000 words. It is a rather unique view of zombies, and I really can’t say anything other then that till it is released. Which, I hope, will be by the end of this month.